127 students took a test, with one caveat: They had an opportunity to cheat. A «computer glitch» caused the correct answer to be displayed on-screen unless subjects immediately tapped the space bar, clearing the solution.

The experimental group was also told the lab was haunted and that scientists recently had seen the ghost of a dead grad student in the test room.

Turns out, the «haunted» group was less likely to cheat—hitting the space bar nearly 40 percent faster (and thus removing the opportunity to see the correct answer) than the control group. 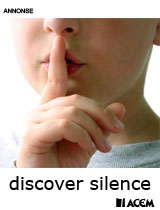